When Elvis Costello decided to re-record his album This year’s model entirely in Spanish, he knew he wasn’t going to do it alone. He saw the whole thing as a lively and practical collaboration in which he would give Spanish-speaking artists access to the original original recordings of the iconic 1978 LP and let them perform the songs exactly as they wanted. He and producer Sebastian Krys enlisted a diverse ensemble of musicians from around the world and watched each of them add their own magic to the anticipated project, which is called Spanish model and released today via UMe.

Below, several artists – Fito Páez, La Marisoul, Juanes, Draco Rosa, and Francisca Valenzuela – reflect on what it was like to sing Costello’s songs and what his music meant to them throughout their life. career.

I was in Olvera street [in Los Angeles], where I busked, and sometimes these homeless men would go through and sell things that had obviously been stolen. This guy was walking by with a gym bag full of CDs one day and I saw this one from Elvis Costello – a checkered cover, and it showed this super cool guy with glasses and a guitar. I think it was kind of a double version of My goal is true, with songs like “Alice” and “[The Angels Wanna Wear My] Red shoes. “I felt like he was talking about a lot of the things I felt. That’s how I discovered his music, through stolen CDs. [Laughs.]

It was a great pleasure to sing “Little Triggers”. I think that’s the only ballad on the album, so when Sebastian came up with the idea, I was like “Hell yeah”. I love all of Elvis’ songs – his love songs, his lust songs. As a fan and as a listener, what I love is the way he sings. When he does songs like that, it’s so much about feeling. I could feel his breath, his urgency, his desire. I was inspired by this and how it delivered such emotion. For me, that’s what is most special about him. He’s an amazing rock & roll singer and songwriter, but when he sings those kinds of ballads he really knows how to get into it. It’s not about how tuned or beautiful the voice is, it’s about feeling for me. And it makes me to feel.

So that was my approach – I was like, “Okay, I’m going to live in those words.” I wanted to live in those feelings of little triggers and think about those feelings when a person glances at you or when you try to decipher what they’re doing to you. It was not difficult to go into it and pass it on. Spanish is my native language and singing in Spanish and writing in Spanish feels very, very personal to me, so being able to take these songs from this amazing songwriter and perform them in Spanish is important. It is by corazon – It comes from the heart. I hope he touches and touches people in different ways, and not just people who speak Spanish, but people who love music and who love Elvis Costello.

I got to know Elvis Costello’s music with the 1991 album Mighty like a rose. It came as a shock to me, and from there I became a radical fan. I started to go through all his work, which still amazes me today, and I worked backwards: Armed forces, This year’s model, all these records which allowed me to discover this man, this artist, who is so eclectic, so erudite, but who also has a great sense of humor and a great sense of prayer and narration. Over the years, he has not only maintained his point of view, but has been able to relay stories and incorporate ideas from other genres, such as literature, which makes him an artist who always offers to his audience the gift of surprise. And you can also see his genius as a songwriter from the start of his career, as well as his supreme abilities as a singer. You can put him on a list of the top 50 singers in the world, or even the top 10.

What happened with [the recording of “Radio Radio”] is that when I read the lyrics, I realized that we had to change the song and bring it back to the present day. The radio Elvis is talking about is not today’s radio. So what I did was amend it and bring it back to today’s era and present myself as that old dinosaur going back to his little radio to listen to Elvis Costello… He sent me a nice mail and told me he liked what happened with the lyrics, because he also felt that we needed to do something with the text to make it relevant for today. And he said I surprised him with all the directions I took for the song. Surprising an artist like Elvis is no small feat!

Juanes, “Pump It Up”

When “Pump It Up” came out, I was about six, maybe. But for some reason I really remembered the MTV video. And sure enough on my hometown radio in Medellin they were playing “Pump It Up”, so I knew the sound and the song – it was in the back of my mind, but immediately when I listened to it. , I said, “Of course I know that.” The first time Sebastian called me and told me about the project, I said, “Wow man, this is so original.” Normally you would just re-record everything and do a whole new version of the song, but for this project we’re working with the same songs they recorded 40 years ago. When I was in the studio the first thing I usually do is click the session – but quickly I started to realize these guys were playing clickless. It started at one BPM and went into another, faster. I like this.

A very cool thing for me was just learning from the masters. We grew up listening to music from England, music from the United States. I’m from Colombia, Sebastian is from Argentina, so we grew up listening to these guys, and now we have the opportunity to be inside these songs. We can listen to Elvis breathing when he sings, we can listen to all the layers separately. I had to analyze the structure of the song and I kept thinking, “This is freedom. There were no rules about anything and to learn from them I feel so grateful for that.

Another interesting thing was to do the translation into Spanish. Sometimes I was a little confused. I called Sebastian and said, “Sebas, I don’t understand, what’s the meaning of this part of the song? I do not know. I do not understand. And then he’d say, “Oh, Elvis talks about this, that, that. So I was able to grasp the meaning and put it in my own words, in the Spanish way of thinking. It was a very special exercise because no matter the language, it’s about capturing the same feelings that we all have.

It’s funny, because I used to tell Sebastian that I started rocking when I was older. I’m a full-fledged pop fan – I grew up listening to Mariah Carey, Ace of Base and Spice Girls, and when I went to Chile I listened to a lot of Chilean music and singers. I discovered Elvis Costello originally through Diana Krall, whom I loved because she was a pianist and I am obsessed with pianists and jazz. I saw that Diana Krall was married to this guy all my musician friends loved named Elvis Costello – but I was already 20 years old. that punk personality. By punk I mean artistic and quirky and straightforward and eclectic, all the things that I love about art-rock bands and things like that. So that caught my attention. From there, I started to familiarize myself with his work. I must know This year’s model and Imperial chamber, which are the two albums that I know best. When we started working on this project Sebastian started telling me about the collaboration with Burt Bacharach [1998’s Painted from Memory], and then I started looking at his other albums, because he has such awesome and super inspiring work as an artist. You think, “Wow, you can only hope to have a career with that kind of longevity, relevance and full of exploration. “

I love that an English-speaking artist as iconic as Elvis Costello wants and gives permission to do [a project] As [Spanish Model]. I think it reflects something that interests us all, which is the multiculturalism and the syncretism of music. This is what I find beautiful and interesting about it: Thinking that music is a universal language, that you can codify music in many languages, but you don’t have to restrict it and choose a language for some regions or certain countries. It can be global – and Spanish, more than ever, has the potential to be global, to generate huge audiences, to have huge impact. So, I like it as an artistic and linguistic project. And I like it as a statement that says art is not that sacred, untouchable thing – and you can give it the space to take another form and take on new life elsewhere. 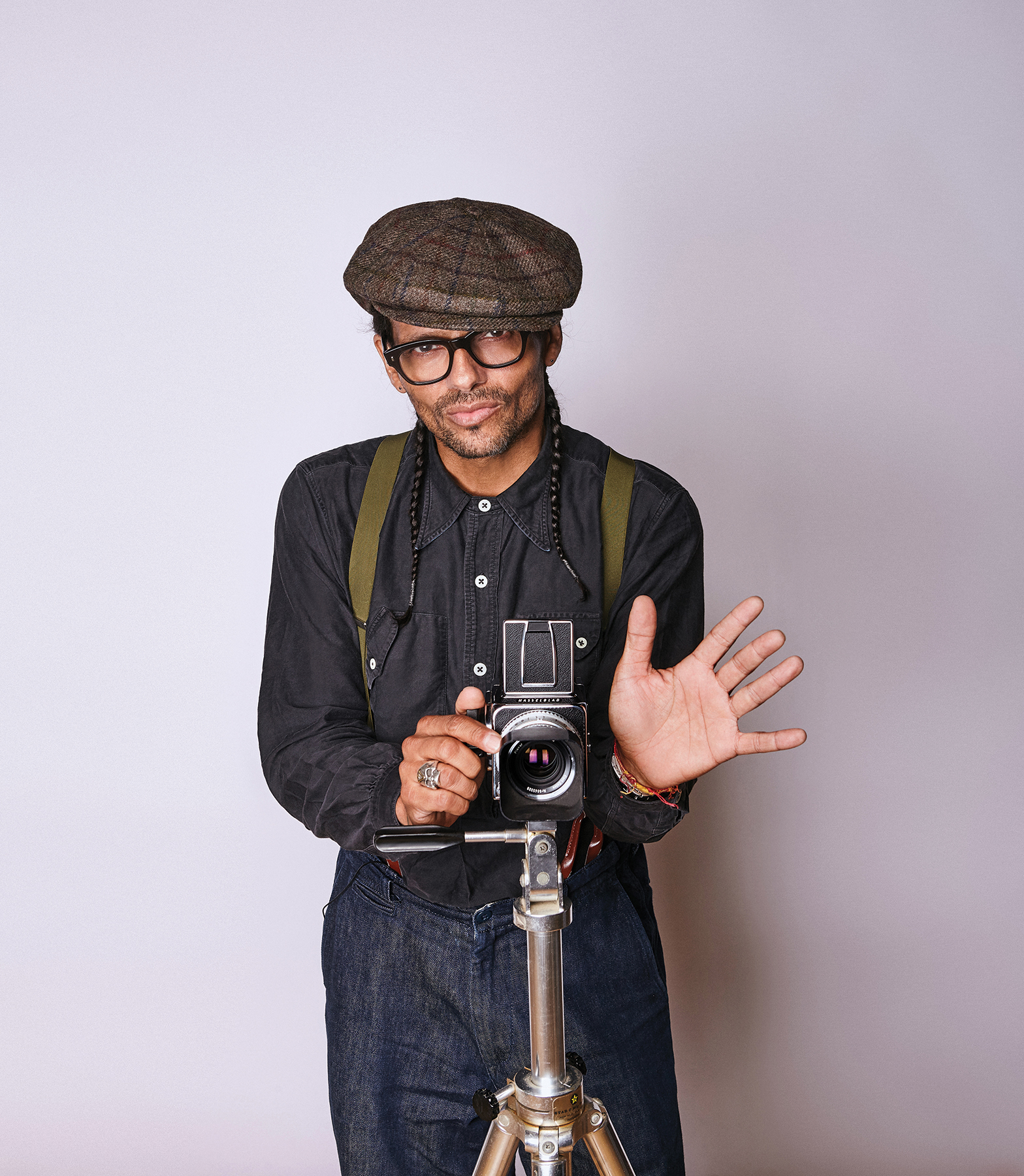 I remember when I was young, like in the 80s, I would hear a lot of recordings of [English-speaking artists] do their Spanish version, but they were still forced. They never really felt good. But this version, when you let an artist do their job and perform it their own way, but still on the right track, there’s magic in that because you get a certain authenticity in the game. [With “The Beat,”] Love the recording of this one. We got to hear the songs in our studio, at Phantom Vox, and we were like little kids in a candy store, we were like “Oh my God”. Those are the great pleasures in life, when you think of the people who innovate, the whole British scene, what Elvis stands for. For me, anyway, it was amazing. I had such a great time that day. I was a little worried about trying to find this thing, this authenticity. I remember getting a few calls, like “Did you do it?” Is there something we can listen to? And I’m like “I’m going to do it, I’m here!” And then of course we did and I had the best time that day.

When I jump into something, I do it in the moment. I have no planning skills. I suck at planning, even for my own business. Maybe to my detriment sometimes, I’m an emotional guy. I only go to the studio because I feel it, whereas I have friends who are prolific writers, who are in the office, writing, playing, thinking a lot. I don’t do this, I don’t know how to do it. I tried to do this, I suck at it. But I’m good at going on the wrist. When it comes to the Elvis thing, it was like, “Okay, this is the day,” and I jumped in and worked on it every now and then. And I think everything went well. I’m quite happy with it. I was dancing that day, and for me, if I can dance, I’m in a good position. He got this thing where he said [in “The Beat”], “Nothing here has changed, just the rhythm.” It’s life for you, isn’t it?

that feeling of Fairtime | Music ...

The Strokes and Debut Living Up to ...