Ged Babey talks to the man behind Bloody / bath, Kailan Price, about the freshly released Unholy Cross, the heartbreak, authenticity, and loss of the person closest to you.

I like to think of bands asking me to write about them because my reviews are sometimes funny, but always serious (for example, I wrote a piece called – Music is a matter of life and death.) It started as a simple review of a new track, Unholy Cross, then a debut video, but has grown into a lot more.

When I got a message online from a tall guy, looking like a younger version of someone who would like to punch me in the face, I panicked and jumped on the wrong conclusion: Damn it’s their son …. I asked him suspiciously what he wanted … this is my group. Phew!

I told Kailan Price about it and he thought it was hilarious.

His songs are full of openness to his own vulnerability and the only person he beats is himself, metaphorically. His music is a sort of bewitching chamber Gothic (but without the clichés and with a heart). His project / group is called Bloody / bath. (Yeah, that’s a catchy name with no capital letters).

The group is primarily Kailan, but assisted by synthesizer Joshua Guy. Drummer Joel Daw and engineer Matt Peel (Eagulls, The Crookes). However, they never met in the same room for the latest track Unholy Cross, with Kailan’s bedroom also serving as a studio and virtual HQ.

An earlier version was called sissy espacek and was a “sad wave breaking song” that creeps into your psyche on the second listen.

I resisted the bleeding is just as touching. Funeral and dreary, but with dark humor, “Drugs just make you look weird.” The song’s video is eerily disconnected from the lyrical narrative and just plain baffling.

ARP-87 it’s even better. Cold Wave and Factory record influences and the gossamer lightness of Cocteau Twins or Durutti Column.

Bloody / bath has a distinctive sound. You could say it’s not entirely new as it has a hazy melancholy and dynamic that resonates a lot with The Cure around their album Faith.

At 16 with a brand new Walkman, I lived and breathed this album for a year, I lived in it, as they say. My mother was deceased. I was broken. Lost.

40 years later, Faith seems to me to be a hollow and empty album full of commercial angst. (Many others disagree I know…) Michael Bracewell in his book England is mine said of The Cure at the time: “The soul is not so much stripped as it is reduced to wandering in its dressing gown. And Robert Smith for having created “if not a wall of sounds, then a very high hedge of sounds, above which he seemed to be looking at the world like a boy who wouldn’t bother asking for his ball to be returned to him.” “.

This compared to, for example, the anguish and pain of Ian Curtis and the obscurity of the music of Joy Divisions….

I guess these are perceptions of “authenticity”. The critical listener wants to be convinced that there is depth and meaning behind their choice dark and melancholy music.

I only recently discovered the work of David Berman (Silver Jews / Purple mountains) – an artist whose authenticity really cannot be questioned. His songs probe the depths of sadness and despair and at the end of his greatest album (his mother dead, his wife leaving him, a hundred thousand dollars in debt) he committed suicide.

It is still too high a price to pay. If he had lived, the Purple Mountains album would always have been the absolute masterpiece that it is. I loved being my mother’s son being a relevant example.

Death Disco (by Public Image Ltd) was about the death of John Lydon’s mother and never had the disorientation of losing a parent been so painfully expressed in a song. Up to…

SLOW MOTION Mother – song and video are in my opinion one of the greatest works of art of the 21st century. Corn only once you know the photo on the wall is Joe Talbot’s late mother (who had passed away after years of care.) her now iconic image from the album cover. His cathartic dishonest channel channeling a pained rage.

On the other hand, you get the use of the tragic and tearful history of the X-Factor. Of course, feelings and grief are real to those involved – but to devalue it, exploit it, script it, and turn it into a marketing ploy seems wholly unacceptable.

I mention all of this because in the bloody / bath press it is mentioned in passing that Kailan Price’s mother passed away last year.

So instead of an ordinary review, I asked him if this piece could be about loss, authenticity and music. (I told her that when my mother passed away, Cure Faith’s album “got through” me, hence a sort of cosmic kinship). He accepted.

She was the only person in my family who really supported me in making music, so I almost feel like any kind of success I get will be for her.

Her name was Hayley. She was 50 years old. She died of cancer in September of last year. Literally diagnosed and two weeks later she was gone. It was pretty awful.

She was always afraid of hospitals and things like that, because she had had depression years earlier and started suffering from psychosis and ended up in a mental hospital where she had been abused. she was dying because she was too scared. It meant that I was her primary caregiver and taking care of her at home and it was the most horrible thing I have ever experienced and will probably ever go through. Not nice to see someone you love slowly deteriorate day after day without being able to do anything about it.

She’s the one who showed me a lot of 80s bands that have inspired me over the years (Depeche Mode, New Order, The Cure), so I think she played such an important role for me. bring it to where I am today. Mainly because she didn’t let me give up hope. I just want to make her proud.

They won’t do it because it was my idea, not yours… I ask you to talk about it, so that you don’t have to do it in interviews anymore, unless you want to. Grief can turn into PTSD if you don’t talk about it …

I want to make a song more oriented towards the memory of my mother but I haven’t written one yet. I guess I wrote more about my mental state as it can be quite consuming at times.

In the press release, talking about the new track, Kailan had said;

I found myself more and more open in my lyricism and Unholy Cross is a perfect example. I think during this difficult time in my life I think it would be impossible to write a happy song, I think it would just sound inauthentic. I just want to present my emotions in a real and interesting way, no matter how sad they can be. I just hope that people who have struggled with mental illness can read my mind through the song and realize that no matter how isolated it can be, they are never alone in this adversity. 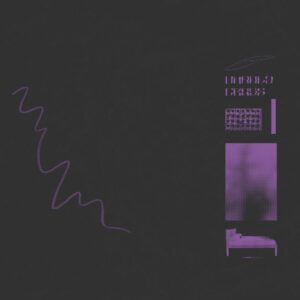 Because Kailan is slightly younger than my son, I worry about him. He is talented, but will need resilience and determination if he is to make music his long-term profession.

Her grief for her mother will last a lifetime and shape her character. It’s a scar that will heal over the years and decades but will still be there. The wound will become compassion and humanity for his neighbor. The void will be partially filled by other passions and daily survival.

His music can evolve and change too, as he does over the years – but it will always be rooted in the love and loss of the person who gave him life.

It’s not easy, but he will survive. I did. Others do. There is a whole silent community of people shattered by loss. Which might explain why “sad music” seems to sell so well.

The label asked for a new singer ...