Rum Music’s introductory hike this month is the one of remembrance and farewell. If hope returns in the easing of the lockout and a return to pubs, hangovers, music and friends, this month has also been marked by devastating losses.

Musician and sound engineer John Hannon of Liberez and No Studios, among many other projects, passed away suddenly a few weeks ago. Regular readers of this column and more generally of tQ will have heard something he has worked on or played on. Hundreds of bands have passed through his studio in Essex. After watching him work in the studio while recording Heather Leigh’s Throne, I remember being blown away by his ears; the way he listened to and worked on the music, with a light touch for an intangible yet huge effect – he worked like Brasso on bass, and brought out the woozy feel of the record. Hannon was an incredibly smart, kind and gentle human who will be sorely missed, especially on the scene around Southend-On-Sea.

Yoshi Wada also passed away unexpectedly this month, a drone maestro, bagpiper and Fluxus original, whose recordings have only established themselves in the canon for a decade or so, thanks to the efforts of the Saltern label. from his son Tashi (an outing which I opened with this month). We also lost the weird Italian pop maestro Franco Battiato, whose music was the way out of many listening ruts for me, and also tragically, Brian Hamill from Glasgow releasing The Common Breath, who was making such great hits. progress in fermenting a new underground literary scene in Scotland.

We who remain, continue. Life is precious. Live well, my friends.

Considered Wada’s favorite among his recordings, as well as his first large-scale interactive installation, The named cloud was a 1987 performance in the Great Hall of the New York Hall of Science. What you hear playing is his custom pipe organ among other homemade instruments, plus four bagpipe musicians and a percussionist. It starts off slow and seeking, then the bagpipes drop into a stab and endlessly. Fantastic. There are gongs, big drums with timpani, sheets of metal shaking like foley thunder and bells. The nature of the organ gives it a naive Reichian character and there is a theatricality in the production where it could sometimes be the soundtrack of a play without dialogue about the weather. It’s a show that I would have liked to experience in situ, not only because there were spaceships hanging from the ceiling in the performance space, but also to see this collection of instruments put together.

I bought it pretty much blindly after reading Miles at Bokeh Version’s article. (It seems to carve out a small but compelling niche for itself in the batshit fusions of punk / psychobilly and dub / dancehall.) Leather Rats is like Hasil Adkins on tour with Suicide when Craig Leon was in the office; it’s Lux Interior and Keith Hudson for On U Sound. It’s dub music for the sewer punks. Thought Escape to New York Dystopia dancehall emanating from an underground club in the basement – damp and rotten, infested with weak echo and sound infiltration – only with an audience the size of Wembley armored in green. Apparently the Leather Rats was a psychobilly punk act but Bokeh goes for the psychodubilly and I can dig the concept, big time, if not quite behind the neologism. The story is, they were never made into the studio – these live recordings are said to have originated in Japan in the late 90s, where they were also said to have had huge success … but do what you want with that. . I can enjoy any fictional story if it’s accompanied by zombie licks like this. If you or someone you know of neglected new or old “psychodubilly” acts, please contact us. 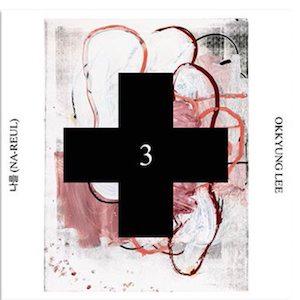 Incredibly beautiful solo album by cellist Okkyung Lee, dark and attentive to drama and balance. Lee’s playing is often visceral and abrasive (although last year she turned her hand towards more syrupy ambient songs influenced by K-pop), but it feels like a return to basics. After spending most of the year in Korea without her instrument, when she returned to New York, her disconnection remained. After many months, immersed in the heartbreak of the year of the pandemic, something clicked: “To my surprise, crystal-clear musical ideas merged quickly, and more importantly, that spark returned. something to say through music. ” I’m repeating this quote because I really feel like Lee’s playing has a lot of clarity on this album; there is a lot of power and grace in its forms. There is a spirit, a feeling, an intention in all of these pieces, a lossless psychic signal directly channeled through his instrument. It’s released daily now on the Chicago label and gallery Corbett vs. Dempsey, as part of a series that includes Joe McPhee and Ken Vandermark, among others. No streaming yet, but more information can be found here.

Eimear Reidy and Natalia Beylis – Who owns these antlers
(self-released)

The day after receiving my jab, I felt a bit washed out; nothing serious, but enough to make me recoil from any serious listening. This album was a balm, it got me out of bed to get dressed and out of the house to take a walk. Beylis chooses simple lines of piano and organ, an easy fluidity that caresses the resonant warmth of Reidy’s cello running and blowing low. These three tracks are about trees, inspired by “Whose Woods These Are” by Robert Frost, which entered the public domain this year. Beylis and Reidy imagine a utopia where trees pass into the public domain (imagining the disintegration of land ownership by proxy). There’s plenty of room to breathe here and those who crave more could be settled in the same way listening to the seasons unfold in the monthly sessions that Laura Cannell and cellist Kate Ellis record and release throughout. this year.

We are in a time when a lot of music is made by weary individuals of the world who boldly deal with difficult themes. So it was with a little levity and joy that I received a food and bath album from the simply named Foodman, who loves food from Japanese highway gas stations and public baths. It dropped into my inbox a month ago and I love its happy, joyous energies that come in details like the eager hats of hats in “ Ari Ari ” and a video game musical jerk (or a madness?) that goes through everything. This bounce next to a few silky moments adjacent to the house (see “Sanbashi feat Coto Center”) sometimes reminds me of Soichi Terada. It’s really deep-field for Hyperdub as it contains almost no bass. The most popular song / theme is’ Michi No Eki feat. Taigen Kawabe ”. It’s not until July, but the tracks are streaming now.

Gothenberg’s prolific musician Blod is Gustaf Dicksson, and his records often sell out before I get my hands on them. Thanks to Louis for the personalized alert this time, as this one is a cracker, a medieval DIY album that seems to “explore the myth of the ancient Swedish being and misery”. How miserable his lyrics are is lost in translation for me (although Missväxt means bad harvest). In addition to Dicksson there is Elin Engström on drums, Astrid Øster Mortensen on vocals and flute, synths Joakim Karlsson and Magnus Jäverling on flute, and these songs work as if from a Wicker man/ Middle forest clearing, and are compelling and cowardly as if it were a documentation of a pre-industrial folk collective, experienced through a gauze of magic and folklore. It also comes with a cassette of experimental church organ music, if you haven’t heard enough about it yet.

No more CC Hennix archives via blank forms. I have often recommended Hennix’s ‘Blues Dhikr Al-Salam (Blues Al Maqam)’ on the Chora (s) san Time-Court Mirage Live At The Grimm Museum Volume One to people in need of a drone, and this piece is interpreted by an extended version of the same set of just intonation. Documented here is the premiere of ‘Blues Alif Lam Mim in the Mode of Rag Infinity / Rag Cosmosis’ from April 22, 2014, (previously released on CD via Important). It aims “to reveal the origins of the blues in the oriental musical traditions of raga and makam” and Hennix explains it as “fragments of constellations of” raga “type frequencies following distinct cycles and permuting their order, creating simultaneity of ‘multi-universe’ “. the Chora (s) san Time-Court Mirage the recordings are towering and unprecedented transcendental microtonal ecstasies, you won’t find anything better.

Listening to this new 90 minute recording by Zhu Wenbo, head of the label at the fantastic Zoomin ‘Night, just after CC Hennix could initially pass it off as an amateur version of Blues Alif Lam Mim, which would do him a disservice. On the one hand, Wenbo revel in the amateur’s glee, and on the other hand, what’s going on here is totally different from Hennix’s tight height control. Rather, it is a documentation of Wenbo’s curiosity for sound. He plays a unique note sequence on resonant instruments – clarinet, bass clarinet, viola, flute – as well as the theremin, with accompaniment by a fan (the fan sound frequently appears on Wenbo’s own music and the music he releases – I like to think of it as some kind of non-musical marker). Where it is similar to Hennix is ​​that it is deep and focused listening because HALF lets you hear the shape and textures – all the details and interest – of an instrument’s sound, even when it’s playing just one note.

Ursurabi – Remains of the light
(An’Archives)

The good thing about a rabid reissue market in which linear time and trends are scrambled like encrypted radio transmissions is that sometimes items that you’ve had on your Discogs wishlist for more than five years appear in some form. more affordable and / or more £ 200 spenny box set of tapes you missed in 2014. I’m talking about the new age vibe of The Healing Music Of Rana, which is reissued for the second time on Aguirre.

Where did the good songs go?