TV’s Daniel is a meaningful artist, a generous person, a talent that we are lucky to be in the presence of … or that’s what he will tell you.

“I always surpass myself,” he boasted to the audience of Cheer Up Charlies on Friday night. “Because just when you think it can’t get better, it just gets better and better.”

It’s an exaggerated schtick: this pretentious, pompous performer in a burgundy suit whose self-glorifying rants resemble Andy Kaufman doing intergender wrestling promos. Pure invention of a character, perhaps, or commentary on the inflated pretension of the musicians.

“What a prophetic man I am! He was jubilant over the premonitory single “Maybe We’ll All Die”, a mid-tempo power-pop cut well managed by his quartet including bassist Lisa Alley (the Well) and guitarist Jason Smith (ex-OBN IIIs). TVD, actually prolific singer / instrumentalist Daniel Fried (Bad Sports, Wax Museums), gave off a punk presence, wrapping a mic cable around his neck while dancing on a speaker to “Life of Crime” and taking a classic pose for the hymn “Another Temps.”

The material is solid, though at times the vocal delivery in the song seems muted compared to its funny rants.

Before concluding with the intense “Human Error”, which sounded like the production of the modern British post-punk scene, the frontman did not engage in the usual courtesy for the next group, instead telling the participants ” You all have to go home and Google photos of me. ” – Kevin Curtin 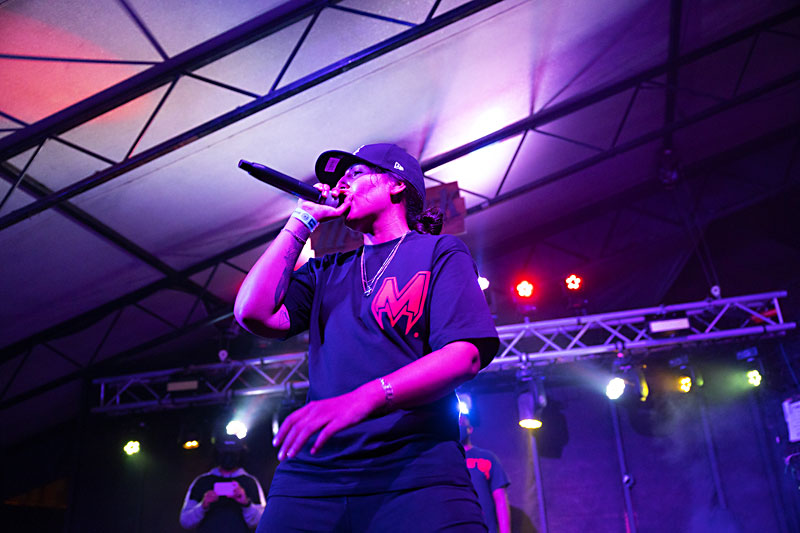 After the full group’s creative demonstrations of Blakchyl and Bomani locals Ray Barton, Dallas-based xBValentine pivoted to show off her energy with a backing track and industrial plot. While not the most memorable set of Saturday night’s Mohawk hip-hop bill, consistency and a neat presentation of the personal narrative can go a long way where it goes. Since signing with longtime DFW booker / manager Smooth Vega in March, their game plan has matched the subtle, downcast pop-R & B singer with legacy rap acts like Baby Bash (remember “Suga Suga “?) and Bone Thugs-n-Harmony on New Singles.

“I’ve been doing this since I was 15 – I’m currently 24, I’m going strong,” the Georgetown native explained on stage, presenting a new track featuring Houston legend Paul Wall, which will be released tomorrow.

Continuing a penchant for short, swinging hooks on the production of lightly sweet traps, his latest revolves around the very contemporary adjective of low-key (rhymes with solitary, trophies). A bite-sized melodic dewormer – which would have been nice to hear the xBValentine belt rather than just accent it live – helped “Vibe With You” get noticed on TikTok as a queer love song . The emcee demanded that the stage lights go out and the phone come on for his finale, adding: “This is the first song I have ever written putting myself forward as an artist. LGBTQ. I wrote this for us, because I know how difficult it is. ” – Rachel Rascoe 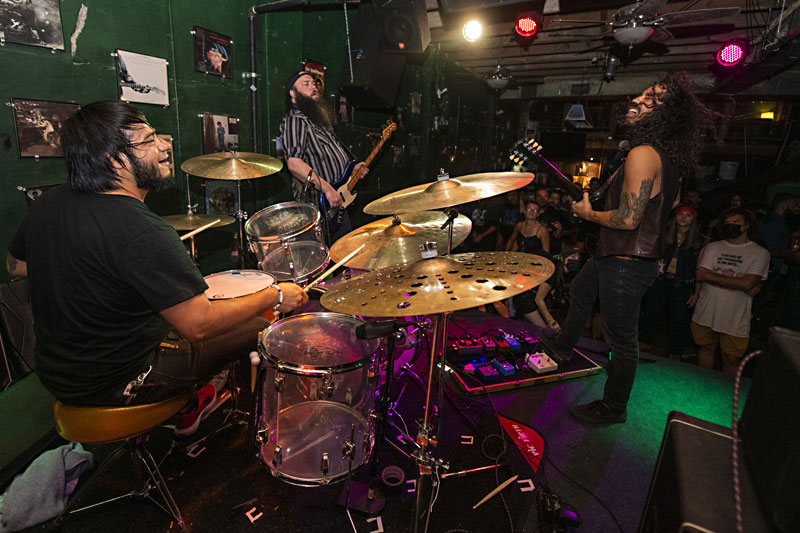 Kudos to the genius who booked a band called the Holy Death Trio for a midnight slot at Valhalla. It turned out to be auspicious that the boisterous unit ushered in the hot summer nights on the Sabbath in a space named after the Norse mythological refuge for fallen warriors.

Themes of doom permeated both the storyline and the tone, but the six-song set marked new life for metal beginners. The unreleased track “Gotta Give” delivered the initial jolt with riffs reminiscent of the classic Ozzy – cacophonous, but catchy – and the following thrash infused walk of “White Betty” built at the gallop of “The Killer”.

“I don’t need no guns, I’ll just use my hands“, sang guitarist John P. Rosales to this tune, before switching to a punk roar:”I have no heart, just rock and roll!“He demonstrated all of this by exposing the blues of the song while weaving his way through the crowd, never missing a note even while planting a kiss on his partner. 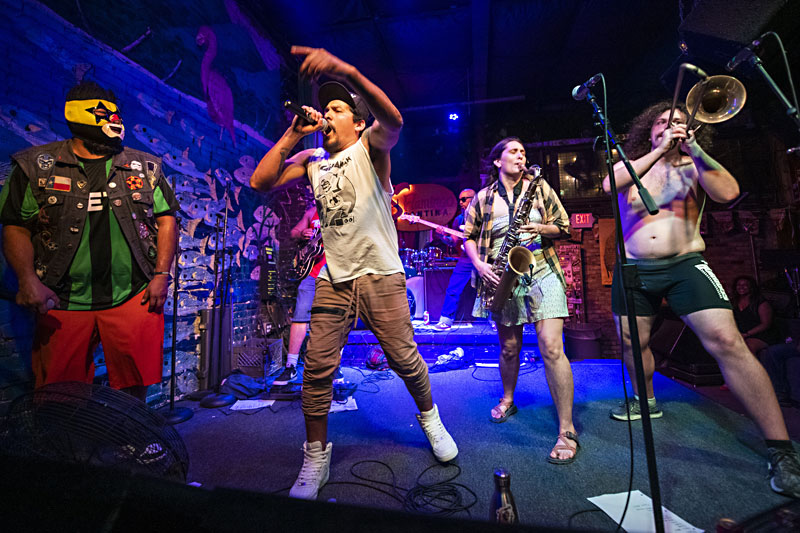 Stinking of kush and the end of time, Sunday night on Sixth Street also bristled the ubiquity of Latin America. Beyond the security of Afghan Army covert operations and a military-grade dig, Mala Vida rocked hundreds of people on her Waller Creek patio, vibrating with a Southern Continental beat bacchanal and throwing tacos, tequila and Modelo. Masks, pandemic – no.

True haven of peace, Flamingo Cantina just up the block sagged no less Latinate rock, but cold, sure, distanced. Los Kurados brought such concepts of self-preservation into the ground musically, with the two-horned septet and luchador mask throwing a raw ska accelerator at the few dozen kidnappers present during Witch Hour – louder and louder. faster, like a Los Fabulosos Cadillac proto-garage. Name your place of audio origin: Mexico City, Monterrey, Austin.